Essential oils are compounds extracted from plants, usually by steam distillation. Unique aromatic compounds give each essential oil its characteristic essence. Inhaling the aromas from essential oils can stimulate areas of your limbic system, which is a part of your brain that plays a role in emotions, behaviors, sense of smell, and long-term memory. They are used to eleviate stress and anxiety, headaches and migraines, sleep and insomnia, reducing inflammation and as antibiotics and antimicrobials.

Known to some as the “king of oils,” frankincense is derived from sap found in trees of the Boswellia genus. Frankincense comes to us from the old French term “franc encens,” meaning noble or pure incense. This sap is thought to have a number of medicinal properties, making it a staple in many herbal and alternative therapies. Some research has suggested that frankincense oil may be a natural way to treat certain kinds of cancer. People throughout history have used frankincense it to improve personal satisfaction and combat various ailments. The oil’s aromatic properties are said to promote feelings of relaxation, peace, and overall wellness. The aromatic resin is used in incense and perfumes; it produces a sweet, balsamic, and woody aroma. The trees are not slashed or tapped in the production of Boswellia neglecta resin, as they are in the resin production of other Boswellia species. This is because B. neglecta resin production can only be induced by the action of borer beetle larvae.

The name myrrh is derived from an ancient Semitic term, mrr, which means bitter. It is a resin made from the sap of a small, thorny tree called Commiphora myrrha. This odorous sap was considered medicinal in many parts of the ancient world. In 2013, tested compounds derived from myrrh in the laboratory, were found to inhibit the proliferation of prostate cancer cells. It has also been found effective in pain relief and wound healing. Myrrh like resins are also produced by other Commiphora species such as Commiphora holtziana, Commiphora kataf and Commiphora kua.

The resins are brought to the production site on the slopes of Mt. Kenya and steam distilled to extract the frankincense & myrrh essential oils. They are stored in glass flasks to mature and then packed in UN approved steel drums ready for export. 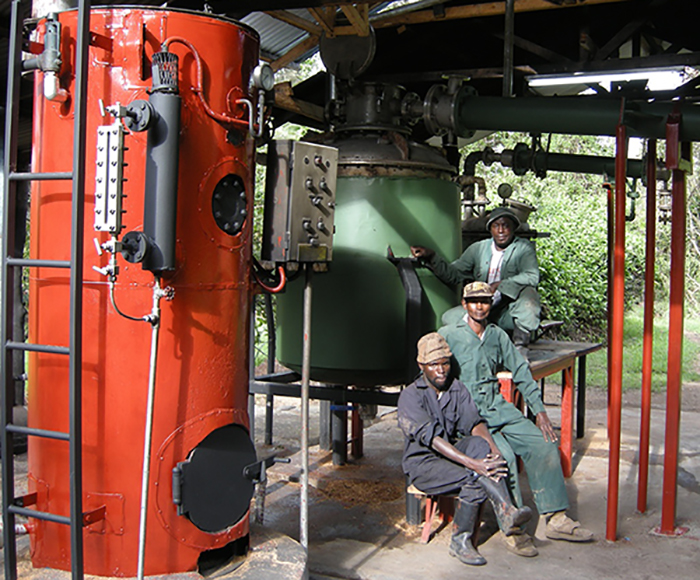 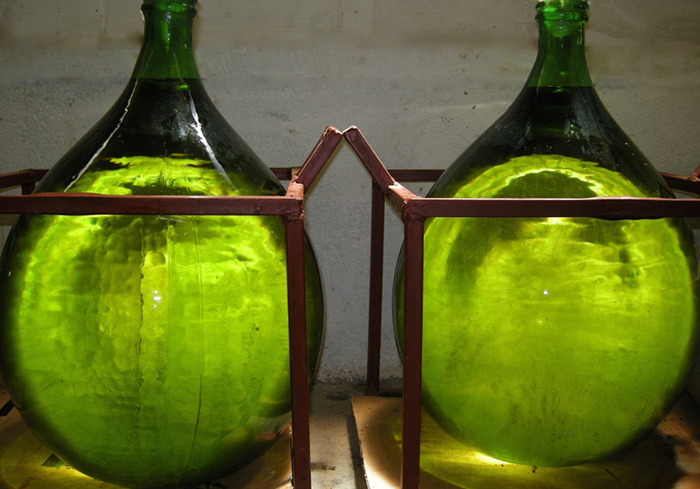