Certified Organic Frankincense for Sustainable Income from an Abundant Resource in Kenya:

The arid lands of north Kenya make up approximately 60% of the total land mass area of Kenya. The climate is hot and dry, perennial rivers are few and the area is unsuitable for agriculture. Livestock husbandry is the main source of income for the pastoralist communities who have herds of goats and camels and move with their herds according to the availability of pasture. A large proportion of the vegetation of these arid lands are species from the Burseraceae family – Commiphora and Boswellia and these are the main producers of frankincense and myrrh resins, naturally exuding from the bark of the trees. Frankincense, in Kenya, is produced from Boswelia neglecta and Commiphora confusa and myrrh like resins are produced from Commiphora myrrha, Commiphora holtziana, Commiphora kataf and Commiphora kua. These mostly leafless, spiny trees are very well adapted to the harsh arid conditions which cover vast areas of north Kenya, often totally uninhabited by people, livestock or wild life due to lack of water. The resins of frankincense and myrrh from these trees are a potentially important source of income for the pastoralist communities. However due to historical and geographical reasons there has been very little large scale commercial trade in these commodities in north Kenya. Frankincense and myrrh traditionally come from the Land of Punt –Somalia, on the Horn of Africa- close to Yemen and the Arab world who have a tradition of use and trade in incense. The precious commodities of frankincense and myrrh came from Somalia because it is close to Arabia. The far away inhospitable interiors of north Kenya were not penetrated for myrrh and frankincense even though abundant resources exist here albeit from different species. Arbor Oils of Africa began the initiative of organically certifying frankincense and myrrh in several pastoralist areas in north Kenya. This has opened the possibility of using this resource in a sustainable manner, and giving the pastoralist communities an alternative source of income to livestock husbandry. It has created an awareness of the possibility of earning an income from the natural vegetation and with it an appreciation of the value and desire to protect a natural resource.

As the collection process is certified organic, meetings are called to bring the collectors together for training in sustainable harvesting techniques. This means they must not damage the trees but collect only from natural exudation. We then register them as part of the collection group. 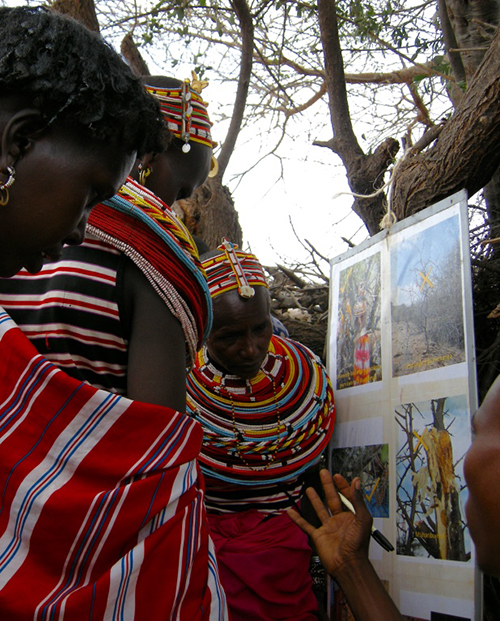 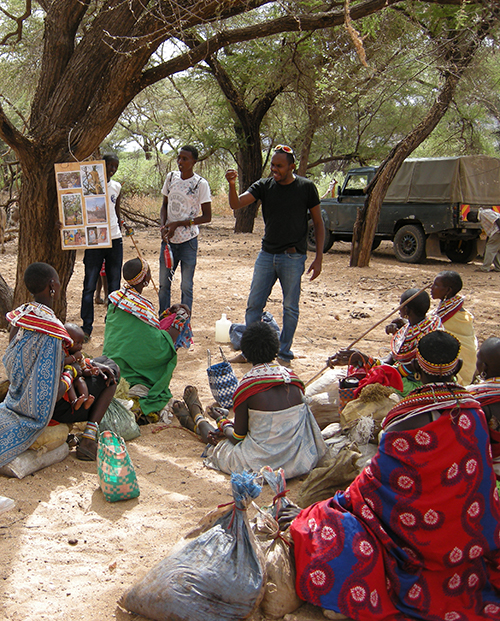 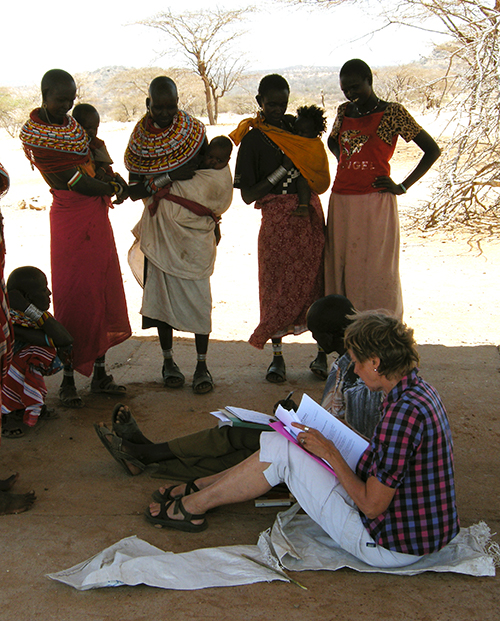 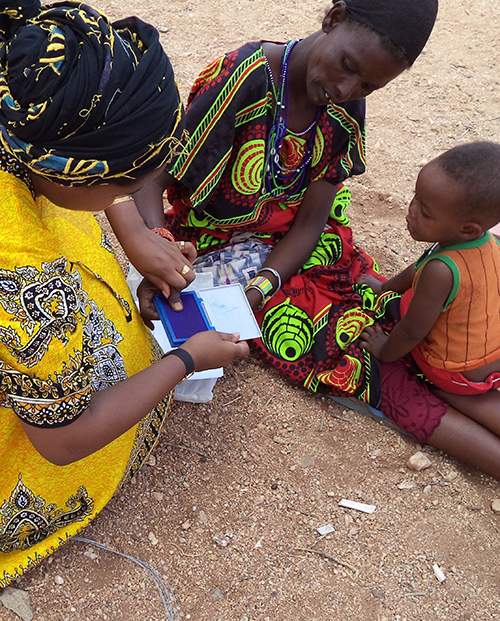